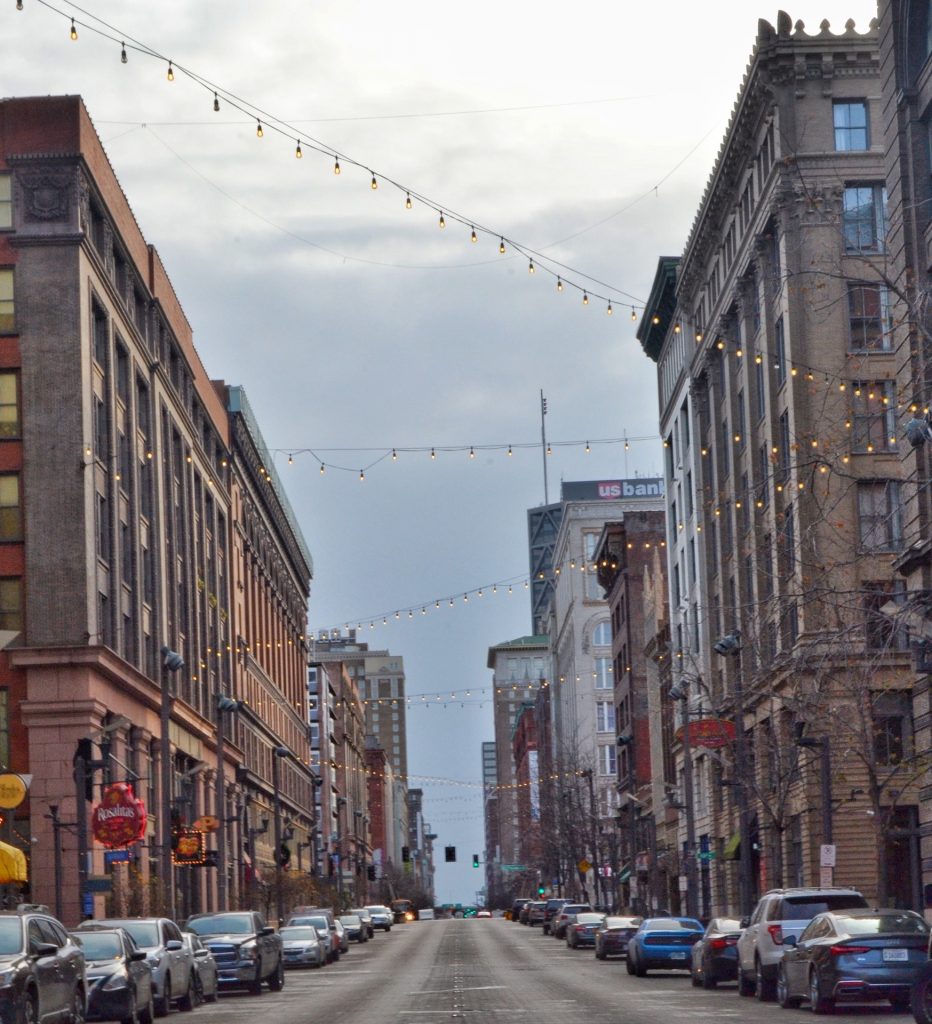 Washington Avenue as you might guess was named after our first President, George Washington. For loft dwellers in St. Louis it is the street to live on. It is the street where most of our loft buildings can be found.

It is the street where everyone wants to live downtown. Known to most residents as part of the old Garment District that was the life of downtown in the 1900's, Washington Avenue is home to restaurants, bars, entertainment venues and yes, some new fashion and garment businesses popping up along the avenue.

With all the new technology and entrepreneural start ups downtown, this is the street to call home. The new NGA, National Geospatial Intelligence Agency, is a short two minute drive from downtown and will house over 5,500 employees starting in two years. Construction continues and each day the NGA campus evolves and becomes downtown's newest development. In addition, the NGA has partnered with T-Rex to form the geospatial entreprenuer collaboration as more and more start ups enter the geospatial arena. Check out Washington Avenue. It's the place to be downtown. 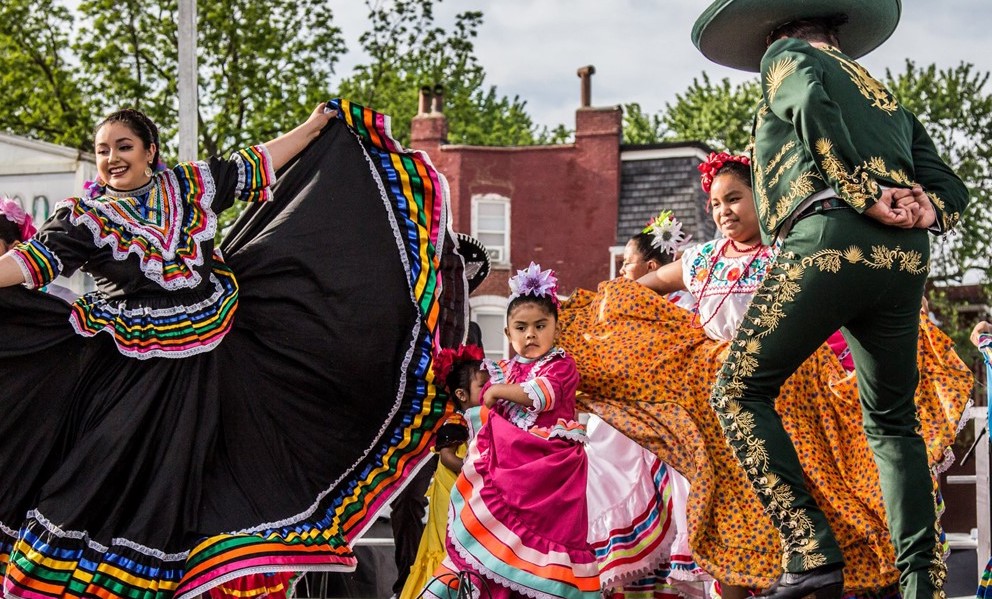 Cherokee Street is thought by many to be the epicenter of culture and creativity in St. Louis. Specifically, galleries and antiques, music and great food make Cherokee Street the place to visit. And be sure and watch for festivals and events throughout the year. To see what's coming soon check out the Cherokee Street calendar.

To learn more about the great businesses and commerce in the neighborhood view the directory here.

For antique lovers Cherokee Street has so much to offer. Antique Row on Cherokee Street is something to behold. Take in the many shops. Talk with the antique dealers and store owners. Learn about the area and enjoy some lunch or your favorite brew at one of the many restaurants and bars along the way. Cherokee Street should not be missed. 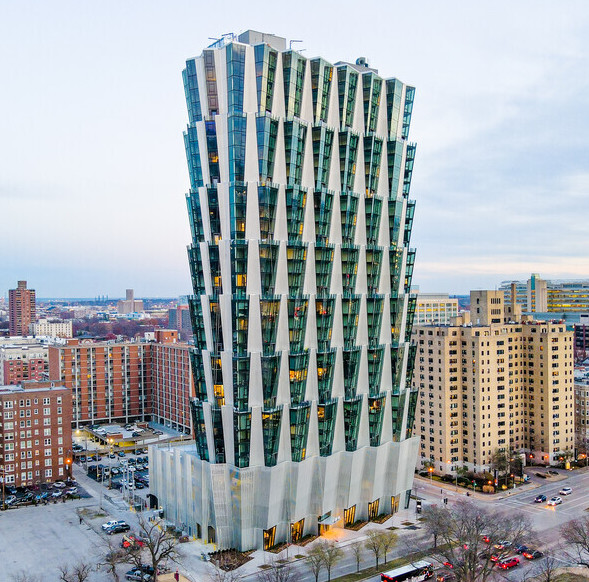 Kingshighway has a long and storied history stretching over 9 miles while running north and south. As a cyclist biking the 9 miles is a real treat as you see the diversity of St. Louis from its people to culture to neighborhoods. It borders or cuts through 18 of St. Louis' 79 neighborhoods. Along the way you pass five city parks and nine properties on the National Registry of Historic Places.

For cycling enthusiasts Penrose Park with its 1/5 mile velodrome, one of only 27 in the country, is a favorite and easy to get to just south of Interstate 70 on the east side of Kingshighway.

One of the most notable parks along Kingshighway is Tower Grove Park with its walking, running, biking trails, park benches, carousel, Farmer's Markets and softball fields. Weekend yoga classes in the park are very popular and draw large groups getting in touch with nature. And just to the east of Tower Grove Park is the Missouri Botanical Gardens which resulted from the purchases of large tracts of land by Henry Shaw in the 1850's. MOBOT as it is referred to by many is open year round and boasts the Japanese Festival every Fall.

Cutting through the Central West End on Kingshighway you will come upon the the Chase Park Plaza and the nationally renowned Barnes Jewish Hospital, Washington Univeristy School of Medicine and the other famous park in St. Louis, Forest Park. To experience such dramatic diversity in only 9 miles is what makes Kingshighway an important part of what St. Louis is all about. Drive it or bike it. Either way...just do it! Written by Gregg Sharpe 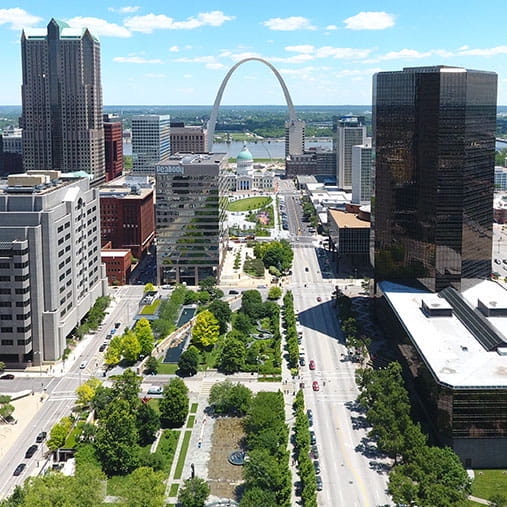 Market Street, while not the longest street in St. Louis, it is an important artery connecting the Arch Memorial Grounds and Midtown. Starting at Memorial Drive by the Arch, the street is the focal point of many parades and public celebrations. The street is lined with spectators on Memorial Day, Labor Day, St. Patrick's Day and many other holidays. It is key to the celebrations when the Cardinals win the World Series and the Blues winning the Stanley Cup. It plays an important role in many eating events like BBQ St. Louis and the Taste of St. Louis.

Market Street will be the place to be starting in the Spring of 2023 when the new St. Louis City Soccer Club kicks off its inaugural MLS season. Across the street from the new stadium sits Union Station with its anchor hotel, the Hilton. Major venues at Union Station include The St. Louis Wheel, Aquarium, Grand Hall, Ropes Course and Mini Golf to name a few.

Further east on Market Street you find the St. Louis Main Post Office, Soldiers Memorial Military Museum, Stifel Theatre and City Hall. As you move closer towards the Arch Grounds you come upon Kiener Plaza, with ice skating in the winter and a favorite place for wedding, prom and graduation photos. Lastly, at Market Street and Broadway you find the Old Courthouse with so much history and can't be appreciated in just one visit.

Yes, Market Street may not be that long, but the short distance it travels from the Arch Grounds to Midtown is packed with history and venues not to be missed. 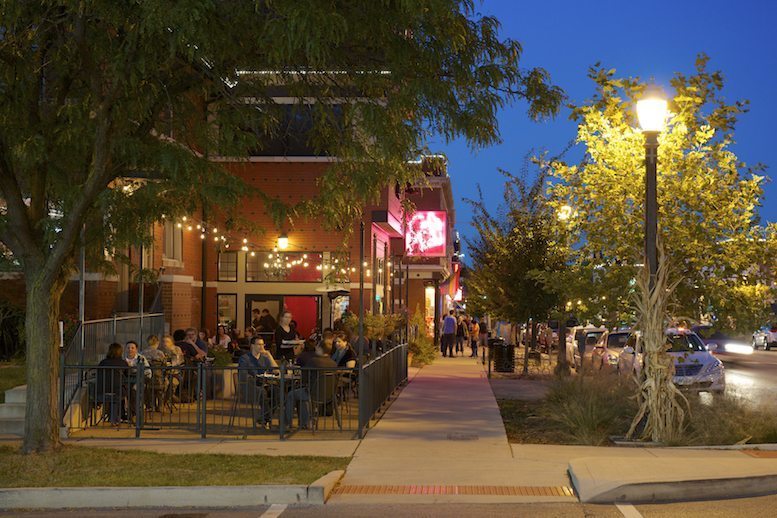 Grand Avenue has so many historic sites and buildings they are too many to count. Some popular venues include the Fox Theatre in midtown, St. Louis University, Compton Hill Resevoir Park, Grand Center to name a few. Along the way you pass multiple city parks that include Tower Grove, and Fairground.

In addition to many parks, Grand courses its way through popular neighborhoods including Tower Grove East and Tower Grove South, Dutchtown, Compton Heights, Jeff-VanderLou and College Hill to name a few.

The most popular park along Grand is Tower Grove Park with its walking, running, biking trails, park benches, carousel, Farmer's Markets and softball fields. Weekend yoga classes in the park are very popular and draw large groups getting in touch with nature. And just to the east of Tower Grove Park is the Missouri Botanical Gardens which resulted from the purchases of large tracts of land by Henry Shaw in the 1850's. MOBOT as it is referred to by many is open year round and boasts the Japanese Festival every Fall.

Of particular interest is the Missouri School for the Blind which was the first school in America to adopt the Brailler alphabet with one of its teachers designing the first Braille printing press. Grand Avenue connects the many cultures of St. Louis as it winds north and south. It's an important thoroughfare for St. Louis and continues to be so a ongoing growth and development abounds. 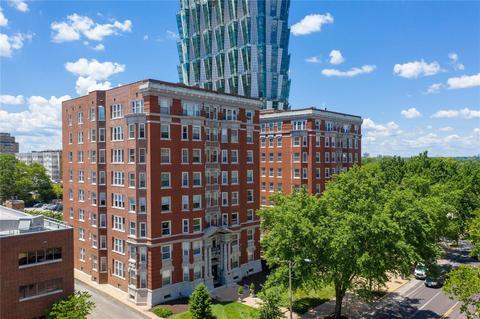 Lindell Blvd runs east and west starting at St. Louis University on Grand running parallel to the university then along Forest Park to the eastern part of Clayton ending at Forest Park Avenue. Along the way you pass the main campus of St. Louis University, grocery and drug stores, restaurants and parks. As you near Kingshighway on Lindell you pass many historic highrise buidlings built by an lived in by prominent business men and politicians who saw a future for the area. The intersection of Lindell and Euclid brings you to the heart of the Central West End. With Barnes Jewish Hospital and the Washington Univeristy Medical School to the south on Euclid and restaurants and historical streets to the north, this is one area just begging for you to tour and enjoy. Be sure and find time to take in the Cathedral Basilica. It is one of the most beautiful catherdrals in America.

From the intersection of Lindell and Euclid you can see Park East Tower, the new 100 Above the Park and The Chase Park Plaza renowned for fine dining, shopping and cinemas. Celebrities and baseball players, including Jackie Robinson have graced the Chase over the years. Passing Lindell and Kingshighway on your journey west you drive along the north side of Forest Park. Recently named the #1 local park in America, it is a must for anyone who enjoys, walking, running, cycling or the arts. Take in musicals at the Muny, play a round of golf on one of three nine hole courses or drop by the St. Louis Zoo one the top three Zoos in America.

Once past Forest Park you come upon the main Washington University campus known for its international studies program and medical school along with many other curricula. Lindell re-establishes itself on the west end of the campus ending in Clayton. A walk through the main campus of Wash. U., as the locals refer to it, is worth the time. Magnificent structures abound with a beautiful quad that is the center of many graduates of the university. Lindell Blvd offers much to see and do along its route and must be traveled.